A Travel Journal by Sangeeta Tamang with Photo Feature

On the day of Laxmi Puja we headed for Kalanki to get whatever vehicle we could possible get that would take us to Pokhara. We managed to throw ourselves into a bus and that was such a relief! After we got off at Prithvi Chowk in Pokhara we went directly to Baglung Bus Park. Unfortunately we missed the last bus for Beni so we had to take a bus that drove us half way to Beni. We reached Maldhunga around 8 but there was no sign of any vehicular movement. The conductor of the bus was kind enough to arrange a jeep to Beni for us. He even bargained for us! The jeep driver left us outside a hotel in Beni. It was already very cold there and I was starting to wonder if my clothes would be warm enough for our stay in Muktinath.

Next day we caught a bus to Jomsom. The roads were so scary! A little slip and you could fall down into the Kali Gandaki River. I nearly jumped off my seat many times. But the view was spectacular with many waterfalls and apple orchards on the way. The snow-covered mountains were playing hide and seek all along the way. After we reached Jomsom, we decided to continue on to Muktinath the same day. So we travelled on leaving Jomson and Kagbeni to be explored later. Muktinath was way colder than I had imagined but I was also delighted to see snow so close and with my bare eyes for the first time. I had only seen it in movies or pictures. We stayed in a hotel where we also had a chance to join the ‘Deusi Bhaili’ group. Dancing warmed us up a little. During that night my friend and I developed some shortness of breath. We realized later that this was altitude sickness, but we survived the night!

When I reached home my mom asked me how was the place and I replied, “Just as spectacular as Switzerland, I imagine!”
The following day, we climbed to the roof of our hotel to see a magnificent view of the Himalayas. We had no clue of the directions because we were surrounded by the mountains all around. When the sun kissed the mountains the view was just breathtaking! Afterwards we started to climb towards Muktinath temple which is situated at an altitude of 3800 meters. Though the distance was not that far, we found it quite difficult to climb as we still were not fully adapted to the altitude. It was such a proud moment when we stepped on the premises of the temple. We watched devotees walk under a 108 taps and then immerse themselves in the holy pools. We also visited Jwala Mai temple where the fire has not been extinguished for centuries. We learned from the local guide that many national and international tourists come here to witness such natural combination of air, water and fire in one spot. We then dared to climb another 200 meters to play with snow. I was very happy as my friends agreed to climb the mountain with me even though this was not their first time playing the snow. We nearly gave up but finally managed to reach a spot where there was enough snow to make a snow man and take good pictures. Eventually we descended the mountain for lunch and left for Kagbeni. The weather became so unpredictable! It snowed and rained, not to mention the wind! On our way down we went through Jharkot village. It startled us with its ruined fort and typical houses. We then also had chance to visit an apple orchard there. The owner of the orchard was so kind and generous that he allowed us to go inside his land and pick apples from his trees. And the taste of those juicy apples is still lingering in my mouth. The view on the way down is so marvelous that you just fall in love with the place. The autumn colour enhances the view even further!

Next morning we pushed our way through a herd of mountain goats into the ancient city of Kagbeni. The narrow dark paths running under one house to another finally led us to a monastery that was more than half century old. We walked around the village for a while and then went to have a local breakfast of Buckwheat bread (Phapar ko roti), local grown potato and carrot curry, yak’s dry meat (Yak ko sukuti) and Tibetan tea. After filling our stomachs we started our trek towards Jomsom. With the mighty wind blowing in our face we also went across the suspension bridge where the movie “Kagbeni” was shot. We walked along the river Kali Gandaki with many tourists passing by. We reached Jomsom in the evening and rested there overnight. Next morning with all the beautiful memories and 20 kgs of apple we headed back to Beni along the same dangerous road and finally took a night bus to Kathmandu.

This trek was a life time experience for me and my friends which not only gave us a refreshing holiday but also a peaceful time to understand each other more. I also realized that if these places could be promoted then there would be the chance of flourishing tourism. Despite the typhoon Hut Hut there were still many national and international tourists. Mountain biking also is gaining popularity in the area. This trek has encouraged me to explore more of Nepal. When I reached home my mom asked me how was the place and I replied, “Just as spectacular as Switzerland, I imagine!” 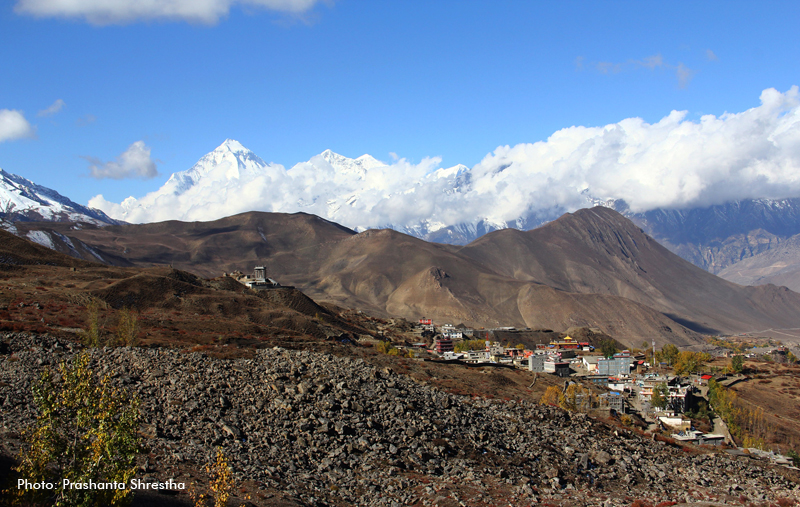 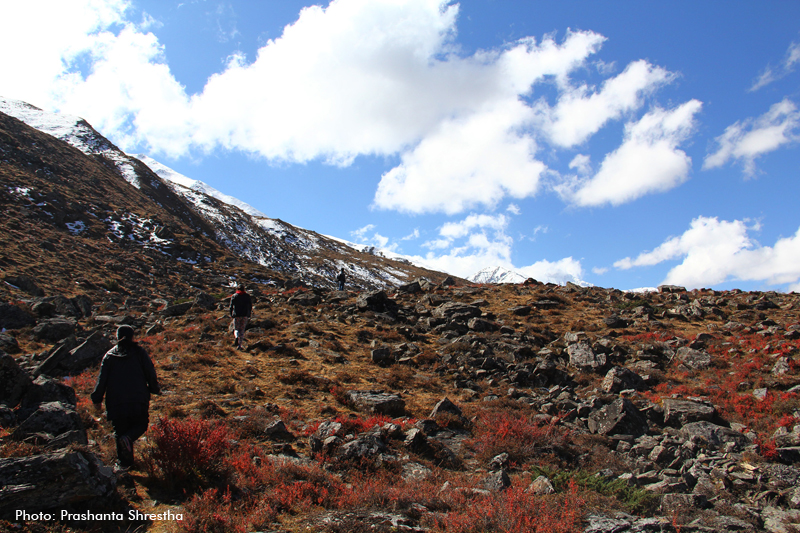 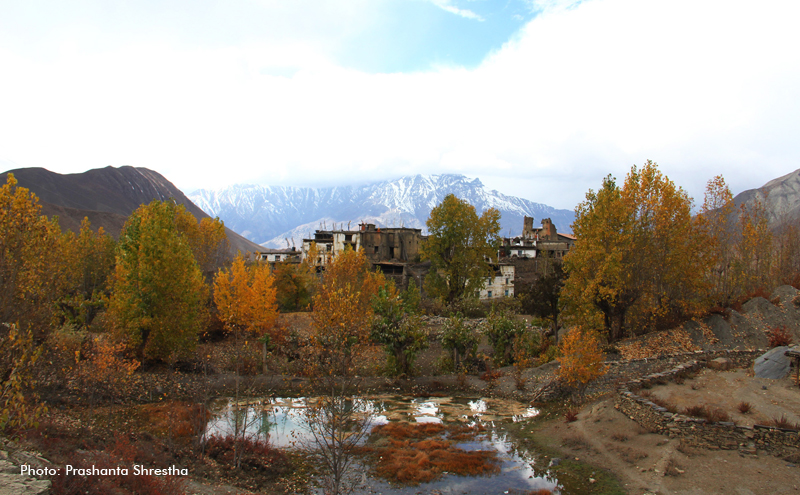 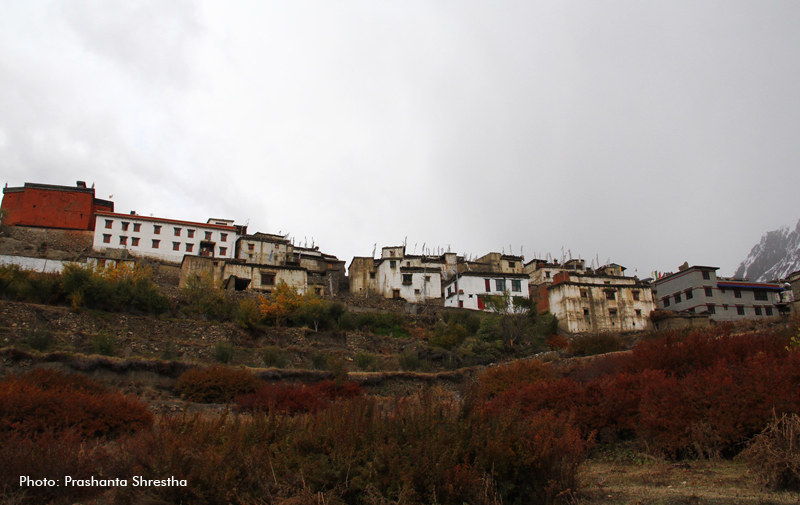 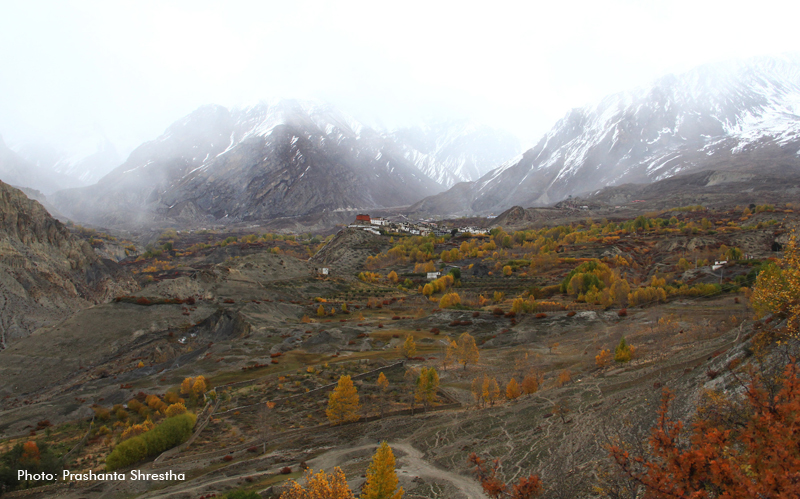 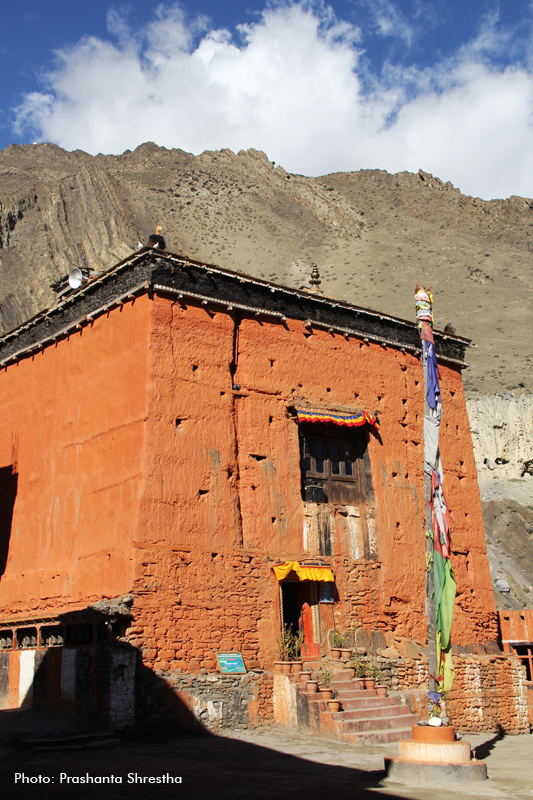 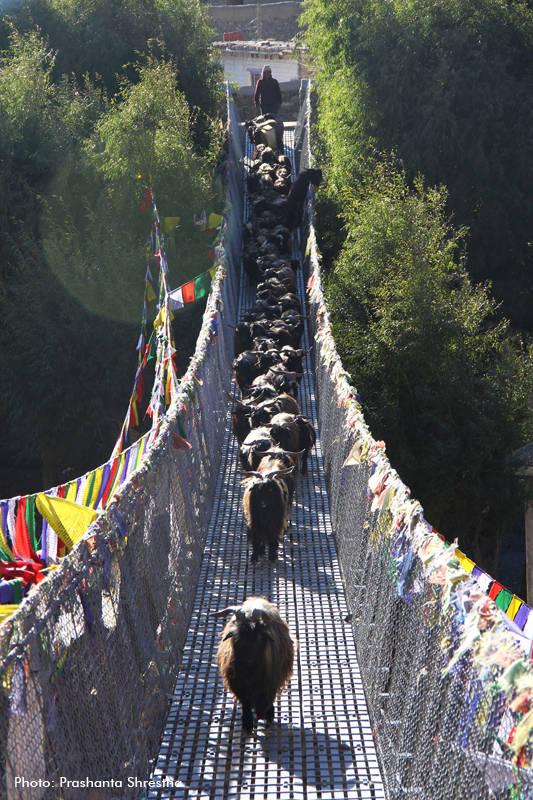 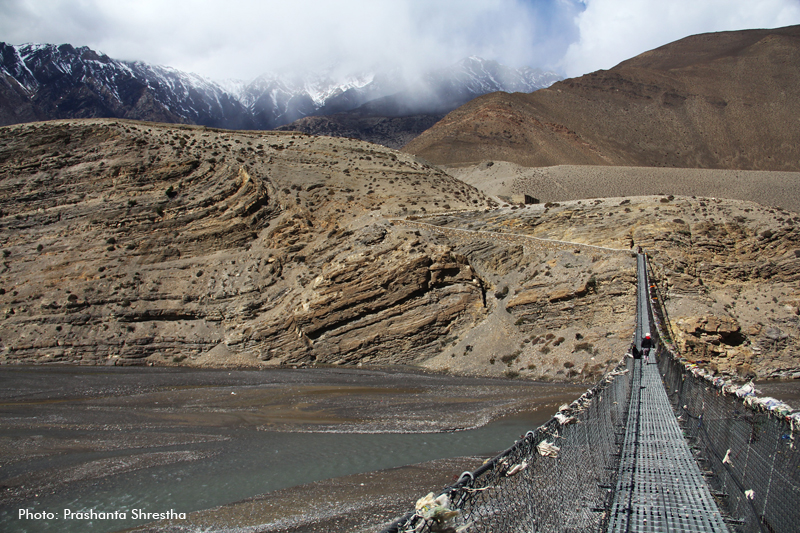